TAMPA, FLA, August 18, 2014 – Seven Marketing & PR, one of Tampa’s leading public relations firms, is excited to announce signing of former WWE Star, Karlee Perez.
Karlee known as former WWE (World Wrestling Entertainment) Diva “Maxine”, where she was portrayed as an intimidating, sexy villain in heels; Karlee attracted audiences around the world during the four years of her exciting career in wrestling. Her non-stop action packed, body slamming wrestling career, resulting in endless live camera promos and matches and a devoted social following of thousands of fans and supporters.

There are several ventures on the horizon for Karlee’s big screen aspirations; currently, she is preparing to begin filming in a new television series in Los Angeles, beginning September through May 2015. The television series will be announced within the next month. In early 2014, Karlee landed a leading role as Sophiena, in the feature film “Funny” which will be directed by Alonso Mosley and released in 2015 . In 2013, Karlee held a lead role in the web series “The Cell”, which was a two-time award winner at the Los Angeles Film Festival. Seven Marketing & PR CEO, Carolynn Smith said, “Karlee is a phenomenal talent with a huge heart and we are beyond excited to work with her, her best work is yet to come!” 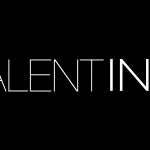